Straight Back to GO!

Kuala Lumpur, and goodbye to Malaysia 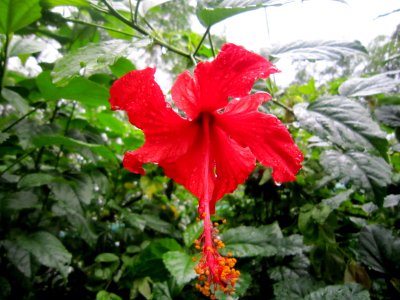 .
So back to Kuala Lumpur then, where I had started my big adventure about two and a half months ago. Was a nice feeling to go back somewhere familiar and my first glimpse of the Petronas twin towers from the bus made me feel quite content and reflective of my journey so far. I was to spend a few days here doing some travel ‘admin’ ie. laundry, internet, sleeping, money changing, shopping in preparation for Burma and I had also arranged to meet some locals to explore the city some more. First things first though, the evening I arrived there was an important football match on. England needed to beat Slovenia to progress to the next round of the world cup. 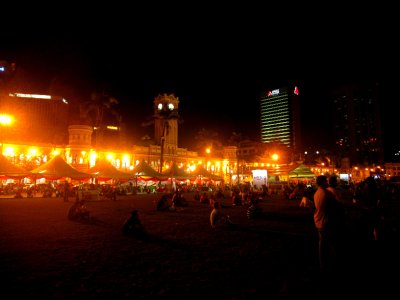 Merdeka square for the big match 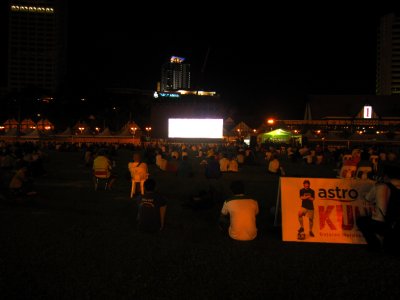 Merdeka Square for the big match

.
I was so chuffed with myself to find the most appropriate and memorable spot to watch this game, maybe in the whole of Asia! Right in the centre of KL, and luckily for me near to my hotel, they had erected huge screens the size of a house in Merdeka Square for world cup festivities. Otherwise known as ‘Independence Square’ this place is basically a cricket pitch/park surrounded by beautiful historic colonial buildings and, importantly, is the sight where the Malaysian flag was hoisted in 1957 to signify the end of British colonial rule. Awesome place to watch the game huh? Well the whole field of Malaysians were supporting England, the atmosphere was superb. We celebrated afterwards with a huge glass of rose bandung from a street seller YAY GO ENGERLAND !!!!

On my final full day in the city I met up with Fathi, another travel obsessive who lives near to KL. Fathi had arranged to take the day off from work to take me sightseeing. I will never forget this generosity and we had such a fun day. Fathi drove us out to the batu caves just outside the city. This is an interesting and important Hindu shrine in Malaysia which is inside a big limestone cave up a hill. Unfortunately it was totally pissing down with rain when we got there so we sat in a cafe for a while grabbed some lunch before braving the 272 slippery steps up to the cave, avoiding the frisky monkeys trying to grab my camera on the way up! Interesting place, although for some reason the main temple inside was closed, but was nice just to wander around checking out all the little shrines and the rock formations. We then drove to the Bird Park, touted as the largest free-flight walk in aviary in the world, was rather awesome. Colourful and interesting flamingos, storks and peacocks, much laughter when I got bombed by parrots in one of the aviaries! 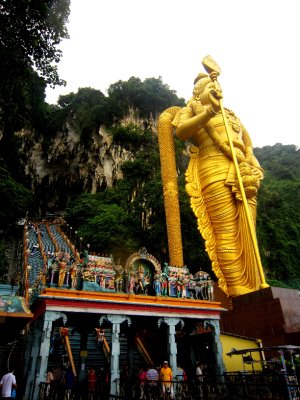 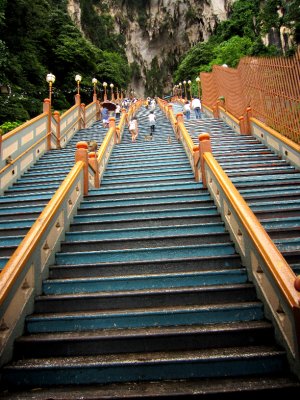 The 272 steps leading to Batu caves 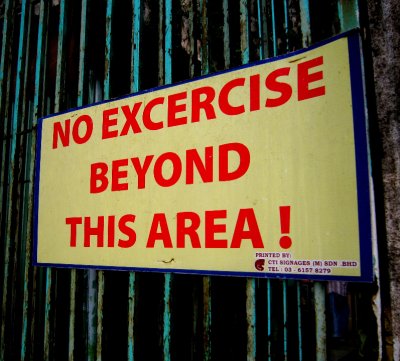 I should hope not after climbing all those steps! 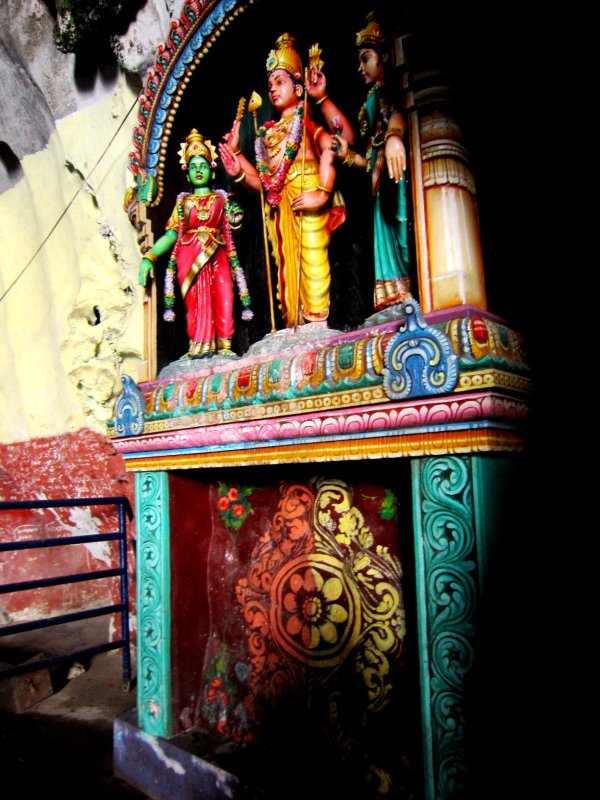 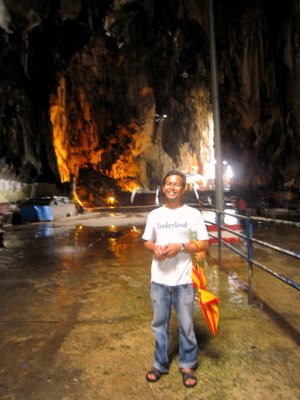 Fathi in the batu caves 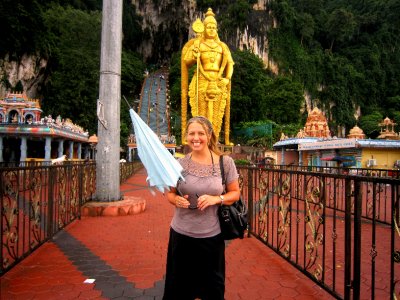 Batu caves in the rain 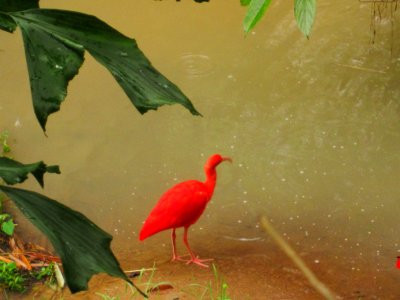 By the skin of my teeth I made it back in time to the KL centre, underneath the Petronas towers, to meet Yanti for dinner. I meet yet another special person in this world.  We had a lovely dinner (with my final incredible cendol with Malacca sauce for dessert), drinks after, and found we had much in common ;-) Yanti took me to a good spot (only the locals know!) for a final view of the majestic towers lit up at night. Man I will miss Malaysia..... 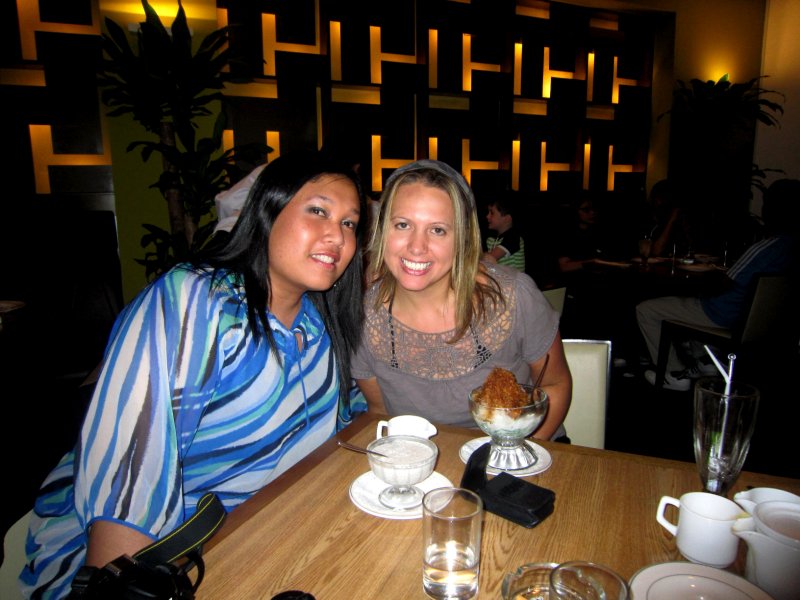 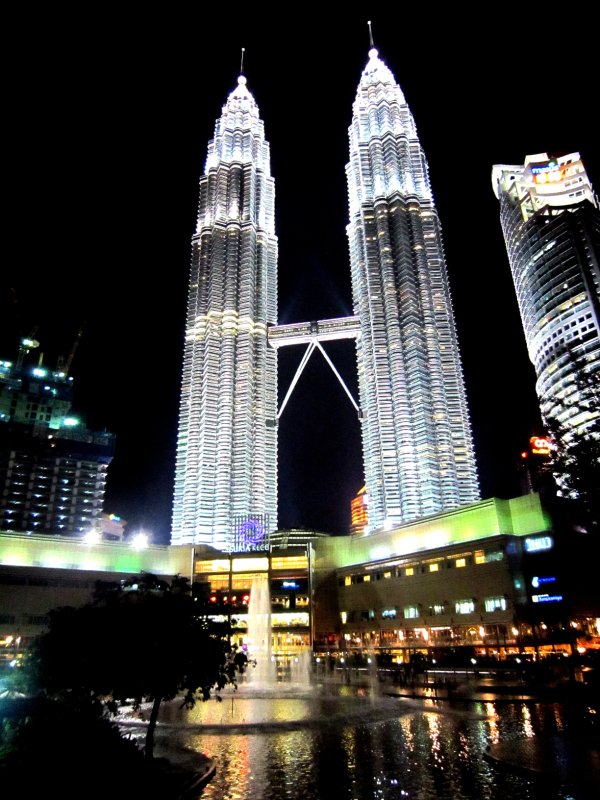 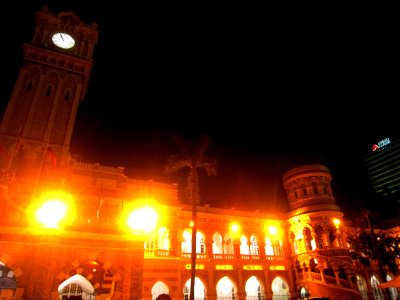 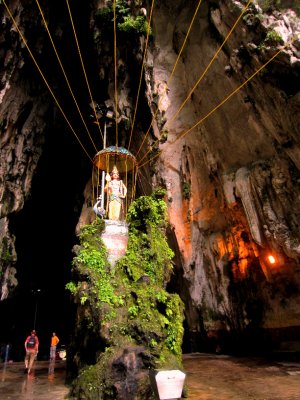 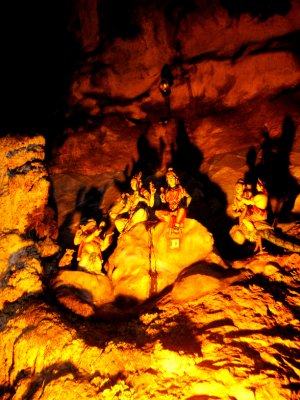 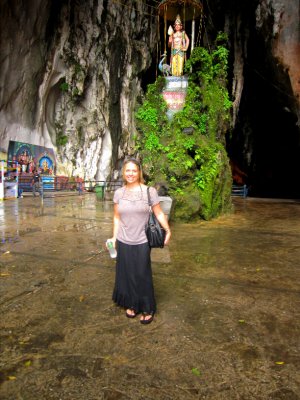 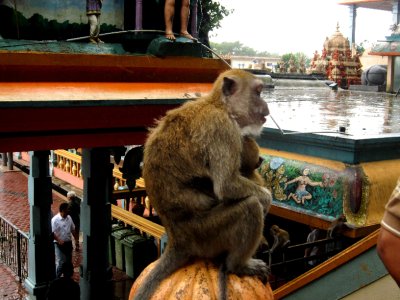 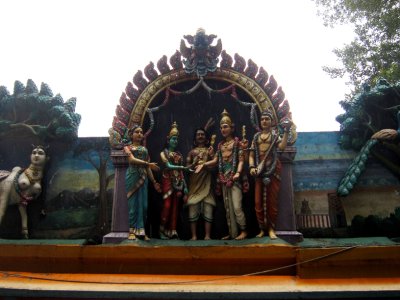 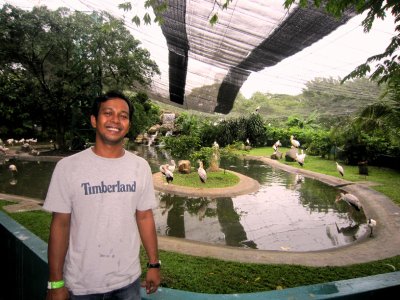 Fathi in the flamingo enclosure 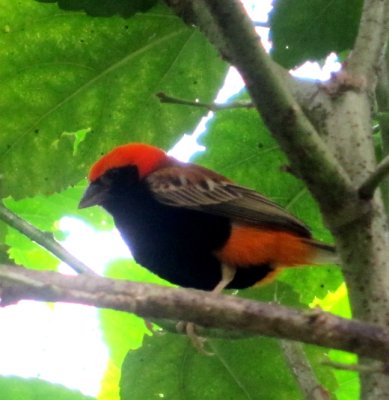